Anderson Luciano Santos ("Chocolatte") energetic and stimulating, just like the famed cacau plant, was born in Bahia, then moved to São Paulo at a young age where he grew up with the musical influence of his father. Playing samba and choro in the burrough of Vila Maria, starting with the drums and percussion at age 8, he soon became involved with the burgeoning samba scene, eventually performing with the great artists of the genre including Beth Carvalho, Almir Guineto, Jamelão, Carlinhos do Cavaco, Fundo de Quintal, Quinteto em Branco e Preto, Jair Rodrigues, Nei Lopes e Demônios da Garoa among others. 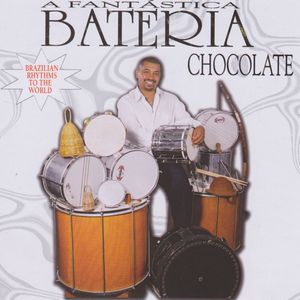 In 1999 Chocolatte decided to polish his musical skills by studying under Mestre Toniquinho, as well as at the Instituto da Bateria de Vera Figueiredo. In 2006 he released his first percussion recording, A Fantástica Bateria. After years of accompanying some of samba's greatest, In 2008 Chocolatte released his first recording as vocalist and solo artist, entitled Canta Partido Alto, met with high critical acclaim. His second release as a singer is being met with equal enthusiasm, Herança Popular  released in the fall 2013.